Our purpose is to provide residents with quality care, companionship and support.

We have a strong foundation that has been built from our history, values and vision ensuring that you will have peace of mind knowing your family is in good hands.

Coorparoo Aged Care is committed to providing the best aged care, support and wellbeing services to our residents so they can enjoy quality of life.

We excel in clinical managment 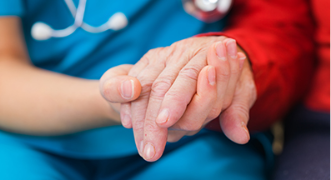 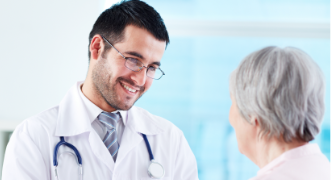 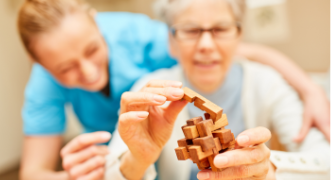 Our flexible care plans are tailored to your loved ones 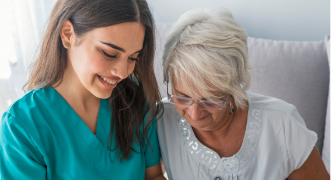 Coorparoo Aged Care opened in July 2019 and is part of The Retirement Village Group.  It is backed by the expertise and experience of a management team with over 30 years combined involvement within the industry.

There’s assurance in knowing that the home is an Australian Government Accredited aged care provider.

Erica House was originally owned by Thomas Mulhall King.  He purchased 39 acres in 1885, then moved into his new house in 1890.  The house was designed by well-known Brisbane architect John Jacob Cohen.

The house was fashionably large and richly decorated.  It comprised of formal sitting and dining rooms, a formal entrance hall, a breakfast room, study, five bedrooms, a billiard room, a large kitchen wing and a separate larder room.

The name ‘Erica’ was appointed to the house to recall Mount Erica in Prahran, Melbourne where Thomas had previously lived.

The initials of Thomas Mullhall King (TMK) can be seen in the original decorative leadlight work above a doorway within the home.

In 1925 the house was sold to the timber merchant family of Isaiah and Edith Lahey. Isaiah was the uncle of prominent artist Frances ‘Vida’ Lahey.

During the years of WWIII, 1939 to 1945, the home was used as a convalescent home for serviceman – the 10th Camp hospital.

In 1946, Erica House was purchased by the Xavier Society of the Catholic Church as a home for disabled children.  The Xavier Society wished religious sisters to take charge of the project and in 1951 the Franciscan Missionaries of Mary novitiate accepted the challenge to provide the staff and care to meet the needs of the young children.

The sisters trained as nurses, physiotherapists and teachers and over the next few years.  The original building of Erica House was renovated and used as a convent and an additional extension was built to expand the hospital.

On the grounds of the convent stood a statue of Mary in recognition of the work and care given by the Franciscan Missionaries of Mary sisters.  This statue of Mary has been recently restored and returned to stand in front of Erica House.

In 2007, the property was purchased by the Village Retirement Group and have developed the site into a retirement village and aged care. The re-newed heritage Erica House is now the entrance to Coorparoo Aged and will be enjoyed and home to many seniors.

To care for the people who live in a home that is theirs, not ours.  We are caretakers providing care to those who need a little help with day to day living the same way we provide for and nurture our own families.

Care – Care is the investment we are making in our future. We will provide high quality care through our people, our customer service, our systems & the quality of our home.

Safety – We believe that all injuries are preventable. If it is not safe we will not do it.

Honesty & Integrity – All we do, either individually or as a team, will not only stand up to the scrutiny of our residents, colleagues & the community, but will also be admired by them.

Accountability – We will meet the commitments we make. We take responsibility for our performance and the performance of the team.

Innovation – Innovation is a key driver for improving the lifestyle and level of care provided to our residents. We strive to apply innovative thinking & creativity to everything we do.

Our priority is to care for our residents.  We  care for them like we would our own family members – with respect, value and dignity.
We have created a nurturing, homely and engaging environment so that residents benefit from quality of life.  We provide a supportive community where residents can feel a sense of belonging and part of an extended family.  They will enjoy feeling safe, social and have the confidence to simply be themselves.

Our dedicated care team are on hand 24/7 for assistance if needed. They are highly qualified, experienced and will tailor a Care Plan to suit each residents’ individual needs. This will ensure they achieve and maintain optimum levels of physical, social and emotional health.

We are committed to building trust and connection with our residents, so they feel safe, understood and can confidently be themselves in their new home.  Our care team develop trust and rapport with our residents by spending individual time with them, listening and providing support.  It is imperative that our residents feel connected, valued and respected to ensure they’re happy and enjoying quality of living.

Our team focuses on helping residents live the highest possible quality of life.  We strive to balance and cater to our resident’s wellness needs including, physical, emotional, social, intellectual, spiritual and environmental.
Our fantastic lifestyle program includes a range of daily activities that will help memory, co-ordination, reduce anxiety, improve self-esteem and encourage independence.  We want our residents to live a healthy and happy lifestyle with a sense of purpose and low levels of stress.
To find out more, call us on 07 3153 6000